The Green Party is contesting 5 of the 8 Essex County Divisions in our area: Witham Northern, Braintree Eastern, Witham Southern, Bocking and Hedingham. The remaining 3 County Divisions are being contested by our partners in the Green and Independent Group.

Our amazing candidates, who are campaigning for a green and fair Essex, are: 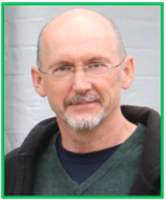 James Abbott is a Green Party district and county councillor as well as being a parish councillor in Rivenhall. He was first elected to Essex County Council to represent Witham Northern division in 2013, having stood previously at each county election from 1989. He was first elected to Braintree District Council in 1999 to represent Silver End and Rivenhall, and since 2015, Cressing.

James is the Leader of the Green & Independent Group (G&I) at Braintree District Council which is the main opposition to the ruling Conservatives.

He has stood as the local Green Party parliamentary candidate at each General Election since 1992.

James has lived In Rivenhall for 31 years with his family and before that lived in Witham where his family on his mother's side have roots going back to the 1800s.

He went to primary school in Witham and secondary school in Colchester before studying for a degree in Astronomy at University College London, from where he graduated in 1982.

After working in archaeology for 4 years he set up a local small business in the 1980s when he also began campaigning on environmental and community issues.

James writes popular articles on astronomy and green issues and has given many talks to local groups, schools and colleges as well as appearing regularly on local and regional TV and radio.

James works on many issues in the community and on local councils including planning, transport, recycling, green energy and climate change, local health services and supporting local groups with projects.

Working with G&I colleagues he is supporting new initiatives for a network of safe cycling routes in Braintree District and new community woodlands.

If you are in Witham Northern Division and want to show your support for James, please download a poster, print it, and put it in your window! CLICK HERE

Paul Thorogood was elected as a Green Party councillor to represent the Kelvedon and Feering ward of Braintree District Council in May 2019.

Paul grew up in the Cressing Road area of Braintree, and attended the Alec Hunter High School (now Academy) before gaining a 2.1 Honours degree in Politics from Southampton University.

Paul has an NCTJ professional qualification in journalism and worked as a journalist for 23 years. He started his journalism career at the Braintree & Witham Times before moving on to the Colchester Gazette, Ipswich Evening Star and several Fleet Street titles including The Daily Mirror when Piers Morgan was editor.

Paul now runs his own small business and lives in Coggeshall and is married with two children who attend local state schools. He became involved in local politics when plans for the Rivenhall Airfield waste incinerator were gaining traction and he began reading about the subject. Now a committed environmentalist, Paul is concerned with protecting and preserving the natural environment from pollution and overdevelopment. He believes strongly in the principle ‘Think globally, act locally’ - globally campaigning against climate change; locally improving services such as schools, saving libraries from closure and protecting wildlife and the countryside.

If you are in Braintree Eastern Division and want to show your support for Paul, please download a poster, print it, and put it in your window! CLICK HERE 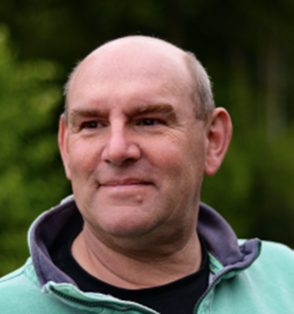 Nick Unsworth lives in Coggeshall with his family. He is a Consultant Engineer, working in the Built environment for over 30 years. He is a Chartered Manager and Fellow of the Security Institute and studied for his MBA at Anglia Ruskin University.

Nick is a member of Braintree District Council (BDC) representing the Coggeshall ward, having successfully overturned a Conservative majority in 2019 with his Independent colleague in the 2 seat ward.

Nick is the Deputy Leader of the Green and Independent Group, which is the main opposition group at BDC.

Nick stood for election in 2019 predominantly on community and Green issues and will continue to put the local environment first, campaigning against unsustainable major development such as New Towns and major quarries and for measures such as recycling, sustainable transport and protecting the countryside - acting responsibly in the face of the Climate Crisis.

If you are in Bocking Division and want to show your support for Nick, please download a poster, print it, and put it in your window! CLICK HERE 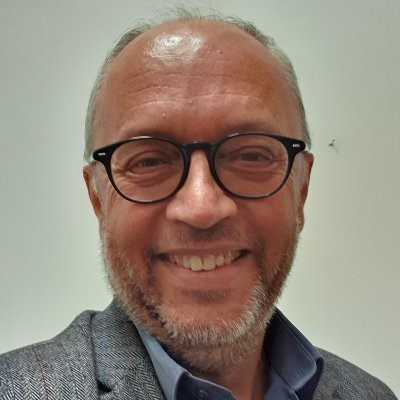 Mark Posen is a Chartered Engineer, working in satellite communications. He lives on the outskirts of Foxearth in a home that he shares with his partner Christine, three children, seven cats, two dogs and an itinerant collection of ducks and moorhens.

He is passionate about acting locally (as well as nationally) to stop the climate emergency and to protect local services to ensure that the people of Essex get the help and support that they need, especially at this time of national crisis.

Mark is a member, and the Vice-Chair, of Foxearth and Liston Parish Council, where he has a particular interest in planning, traffic, broadband, and mobile communications.

If you are in Hedingham Division and want to show your support for Mark, please download a poster, print it, and put it in your window! CLICK HERE 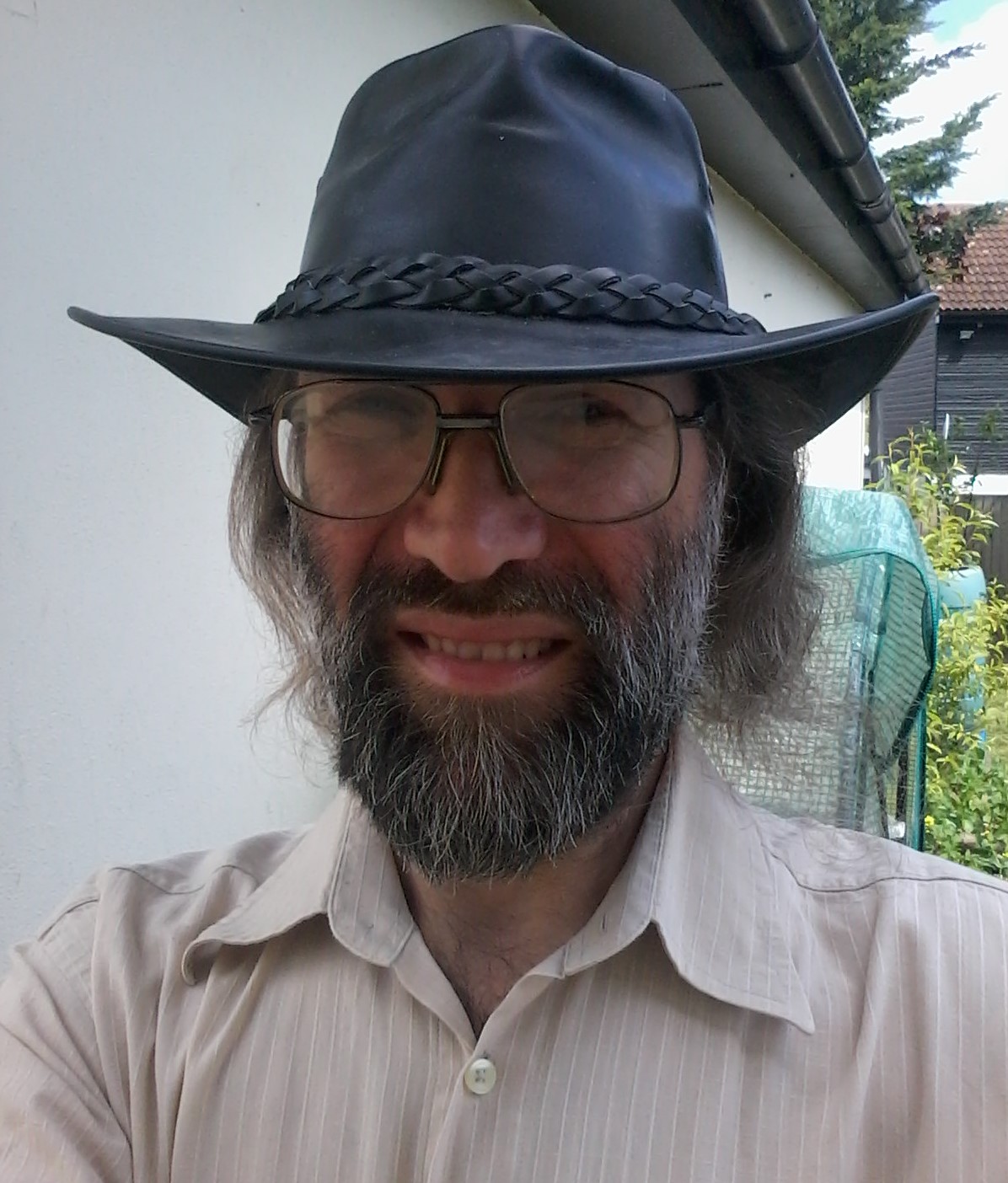 Philip Hughes is 59 years old and lives in Witham. His family moved to Witham when he was 18 months old, and he has lived in Witham or Silver End since then.

He went to Templars Infant and Junior Schools, before moving on to Colchester Royal Grammar School.

His first job was working at Witham firm Hugh Baird and Sons, before becoming a self-employed motorcycle despatch rider. He spent 15 years as a courier, occasionally also working for a local landscape gardening business. He completed a City and Guilds in Photography and then became the manager of a photographic department in Braintree. As that work came to an end with the growth of digital photography he returned to courier work.

Philip has been a Silver End Parish Councillor for over 20 years and has also previously been a member of Witham Town Council. In 1999 Philip was elected to Braintree District Council to represent Silver End and Rivenhall ward alongside James Abbott, becoming the first Green councillors to be elected in Essex.

If you are in Witham Southern Division and want to show your support for Philip, please download a poster, print it, and put it in your window! CLICK HERE

At the same time as the Essex County Council elections, there are two by-elections for the Witham South and Hatfield Peverel & Terling Wards on Braintree District Council. The Green Party is contesting both seats and again we have two great candidates:

See above for Phil's biography. 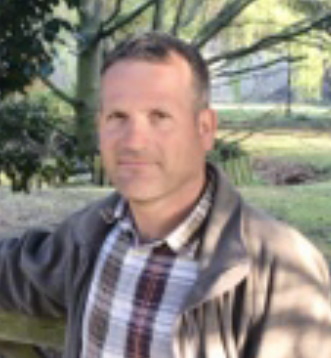 Jonathan Barker lives in Silver End with his family having previously lived in Hatfield Peverel.

He is a self-employed local businessman who helps to run an agroforestry smallholding. He also manages a community allotment project. He is passionate about the need to respect and care for the countryside and has helped to plant several new woodlands and orchards in mid-Essex.

Jonathan actively supports a number of local community and environmental projects and has stood as a Green Party candidate previously. He is a strong supporter of maintaining key local services in rural areas and villages including bus services and libraries, which have come under pressure from spending cuts in recent years.

Jonathan is concerned about the issue of social isolation in rural communities and is keen to promote community engagement projects to help support lonely and vulnerable people.

Parts of Braintree District have come under great pressure from developers including around local villages and Jonathan supports the Green & Independent Group position that whilst there is a clear need for local housing, it must be planned with local communities, not imposed and needs to include genuinely affordable homes. Development should utilise brownfield land as much as possible, not sprawling out across the countryside.